You should already know that choosing the right engine for your bowrider is important. It used to be that stern drive engines were the natural way to go, but more and more people have started to select outboard engines instead. There's more than one reason why — in fact, here are just four great reasons you should consider an outboard engine over a stern drive for your bowrider.

One of the reasons people used to prefer stern drives was higher horsepower, but the latest outboard engine engineering means differences in output are no longer an issue. However, what you should look at is differences in weight, and an outboard engine is almost always going to be significantly lighter than a stern drive engine with a similar level of horsepower. Lower weight is going to mean superior performance under most circumstances. Perhaps even more important, it's going to mean burning less fuel — that's good for the environment, good for your bank account, and advantageous when you like staying out on the water longer.

Stern drive engines are positioned under the boat, so you can't tilt them. The same isn't true of an outboard. Since you can easily tilt the entire engine and propellers out of the water, you'll be able to navigate shallower stretches with greater ease and safety. You'll also be able to decrease exposure to the water to avoid damage from marine growth and resist corrosion.

Speaking of the ability to tilt your engine, that also means you're going to find any maintenance work much easier. With your engine in sight and within easy reach, you're going to find it much more convenient to carry out repairs, keep track of regular maintenance, and simply keep an eye on your engine to watch out for any potential issues before they become serious. Even something like draining the engine oil is going to be much tougher when you have a stern drive.

Unfortunately, the cost is going to be an issue for most people. Prices are going to differ based on many factors, but nowadays you're almost always going to end up paying less upfront for an outboard than you would for a comparable stern drive. That's partly because stern drives now need to be fitted with catalytic converters, which caused their price to increase where the price of outboards stayed the same.

Volvo penta marine engines or similar models are outboard motors you might choose. 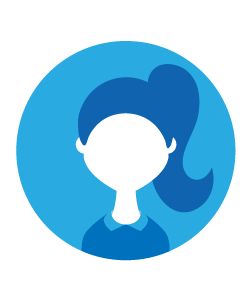 I was introduced to motorsports by my father. When I was a kid, he would take me out to the local track and we would ride around in a variety of vehicles. I loved the smell of the petrol and the sound of the engine. Once I grew up and went away to college, I stopped visiting the track with my dad. It wasn't until he died that I decided to get back into motorsports. I signed up for some lesson and headed back out on the track. My instructor was really great and taught me everything he knew about driving.